A Gem In A Coalmine

Spyrium is the latest game by William Attia, the designer of the now-legendary Caylus. And while this game is smaller than Caylus in terms of length and complexity, it is just as rich and intense as its big brother.

The premise of the game is that in Victorian England (1800’s or so), a rare new crystal called Spyrium is discovered that revolutionizes industry and technology. You need to mine Spyrium, build buildings, and hire new workers in your quest to be the biggest industrial tycoon that England has ever seen.

Bottom line: Spyrium is a gem in a coalmine. It may never achieve blockbuster status, but the true gamers among us will appreciate its value. Game on! 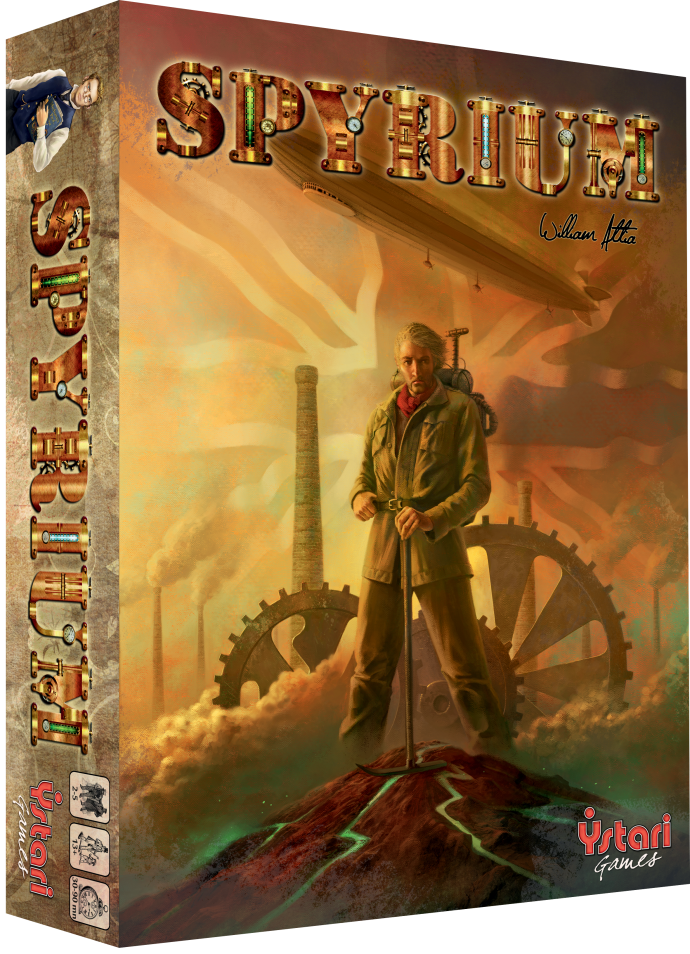