Shuffle Up and Take Over The World

Have you ever wondered who would win in a fight if aliens battled ninjas? Or what would happen if creepy zombies battled laser-augmented dinosaurs? Me neither—that’s lame. But what about if the Aliens and Ninjas teamed up to beat the Zombies and the Dinosaurs? And what about if there were also a team of Robots and Leprechauns in the mix? Now you’ve got me interested.

Smash Up! is based on a simple concept: choose two faction decks (pirates, wizards, robots, etc), shuffle them together, and see who wins. Behind that simple concept there must have been ridiculous amounts of playtesting, because each faction is meticulously well-balanced in and of itself. Some combinations end up weaker than others, and there’s always the luck of the draw to contend with, but half the fun is trying all of the wacky combinations. Dinosaurs and Ninjas together? Oh yeah!

Bottom line: If you’re a geek or a geek wannabe, Smash Up! will be right up your alley. Obviously the theme of using minions to break bases and take over the world won’t appeal to everyone, but for those who can rally behind the concept, there’s plenty of mayhem to go around. May the best Smash-Up win! 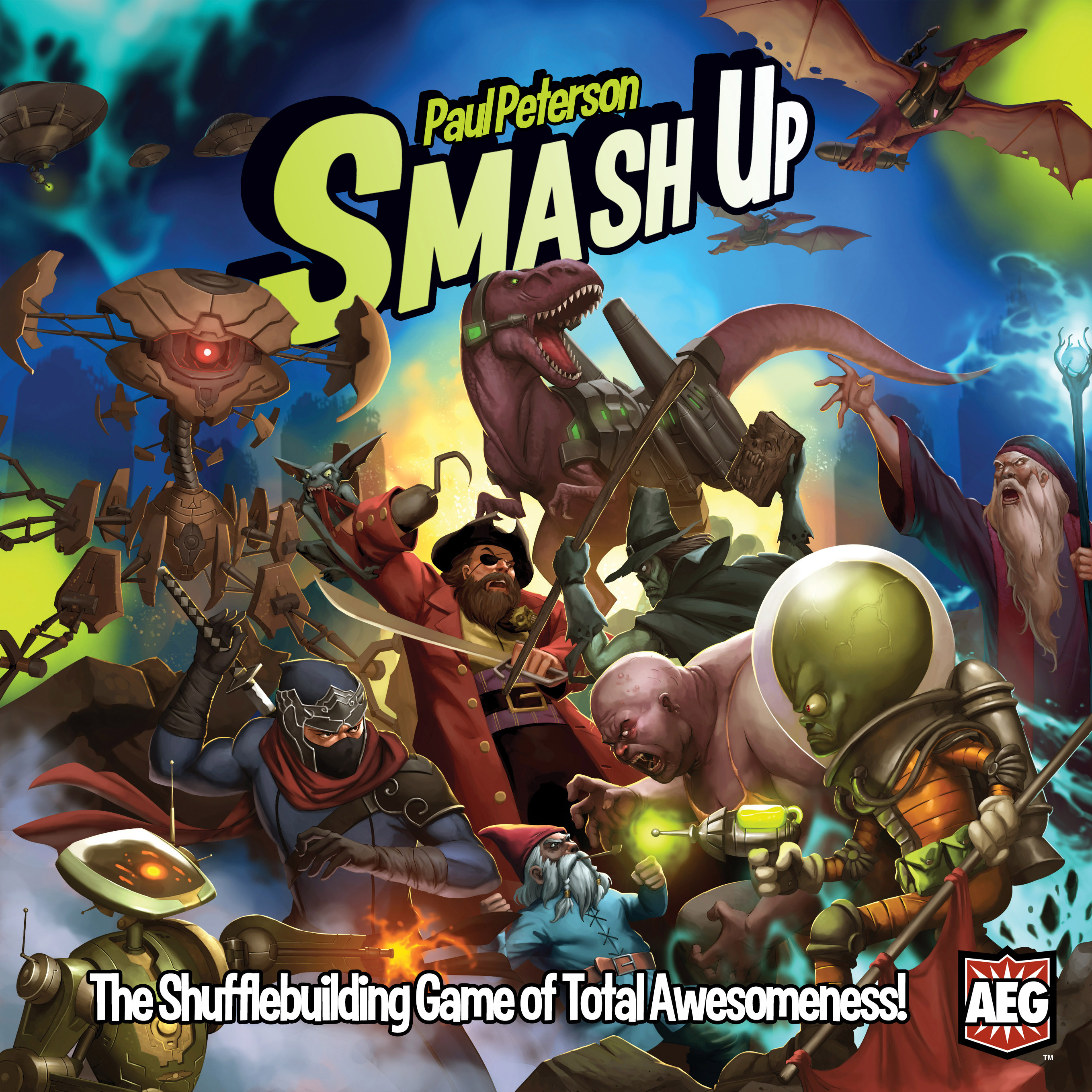