So apparently back in Renaissance Italy, there were some wealthy families who competed with each other to build the tallest towers around. Obviously I’ve never been in that kind of position, but hey, I like building tall things, and I sometimes like to pretend that I cater to rich people. So I’m in!

Patrician was designed by Michael Schacht, the same award-winning genius who brought us the award-winning Zooloretto. And like its predecessor, this game is simple, easy to learn, and yet tactically satisfying. It’s no small feat to balance limited options with meaningful choices when it comes to game design, but this one nails it.

Bottom line: I love Patrician, and would play it multiple times a week. Don’t let the theme fool you—it’s simple and fun, but strategic enough for geeks like me who like to over-think things. Happy building! 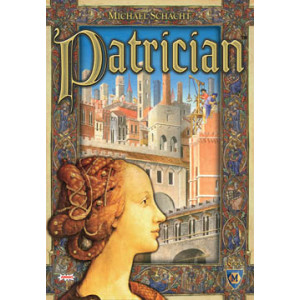