It’s a scientific fact that everyone loves giant monsters, especially ones that have a penchant for the destruction of major cities like New York and Tokyo. So what would happen if 2-6 giant monsters decided to have a crazy rumble to see who is the baddest of them all? Enter King of Tokyo.

This clever little game combines dice-rolling mechanics with thoughtful power-up cards that change the game in unpredictable ways. And the theme couldn’t be more perfect; iconic monsters like Godzilla and King Kong are re-imagined as Gigazaur and The King, and the new monsters like Alienoid and Cyber Bunny keep the theme fresh. My kids love these monsters; they have become just as popular around my house as any other super hero or cartoon pirate you can think of.

Bottom line: King of Tokyo is a great game. It’s not highly strategic or deep, but it doesn’t have to be. What it lacks in tactical options it more than makes up for in chaos and craziness. Again, what’s not to like? 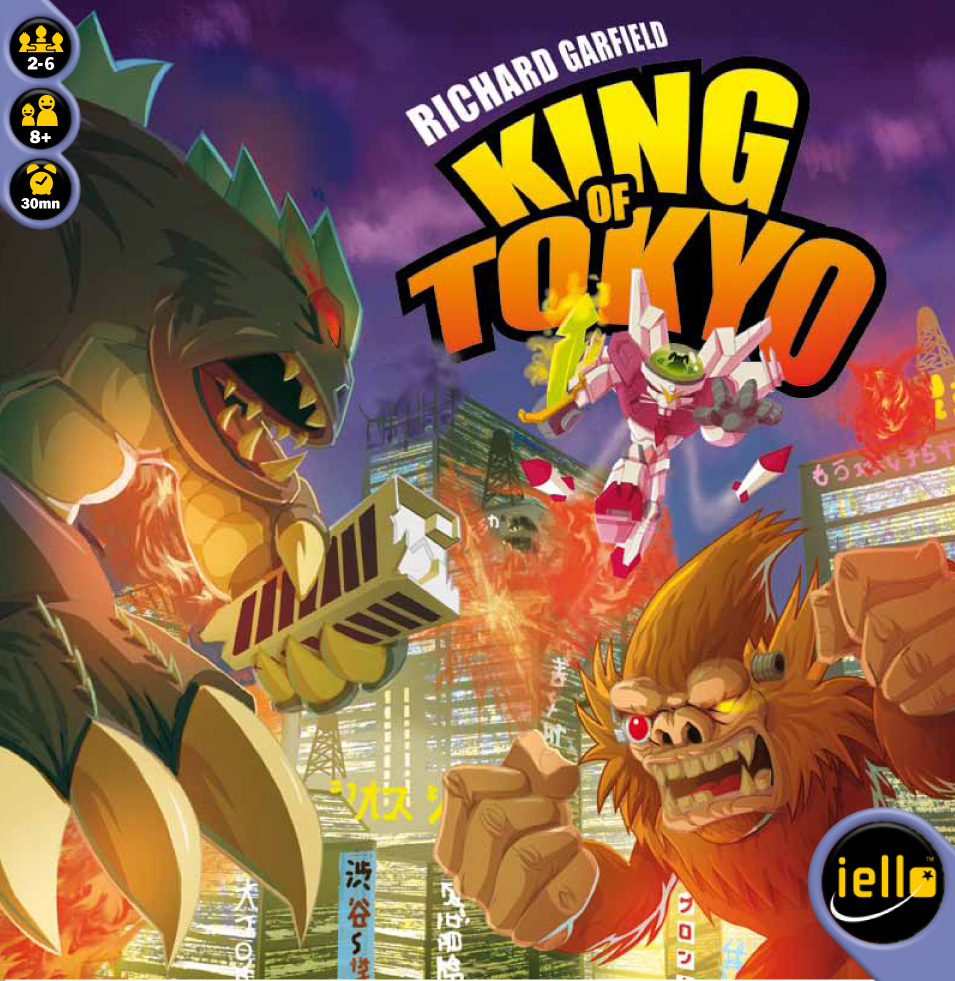