Great Game Underneath the Ugly Graphics

Ever wondered what it takes to be a successful curator of Polynesian, Japanese, or Socialist art? Me neither. But if it’s anything like this game, it’s mostly about risk assessment and inspired bids. Sounds like fun to me!

The main reason I bought this game was because of its designer, Reiner Knizia. I’ve played (and loved) six of his games, and from a game design standpoint, this is another winner. We had a blast playing this one; trying to gauge the probability of a given card being played was a lot of fun.

That is, once we got past the ugly artwork. And man, is it ugly. Plus the title character (Glenn) is  obnoxious and strange, not to mention completely unnecessary, Personally, I don’t need a Trump-like boss character whose only job is to grace the package with his skunk friend in an attempt to intimidate me with his one-liners. I just need to be told to become a expert in various kinds of world art and I’e got all the motivation I need.

Bottom line: Ignore Glenn (after whom this game is named) and try to overlook the graphics, and you will see the true beauty of this game. And it is beautiful—even though it’s the ugliest game I own. 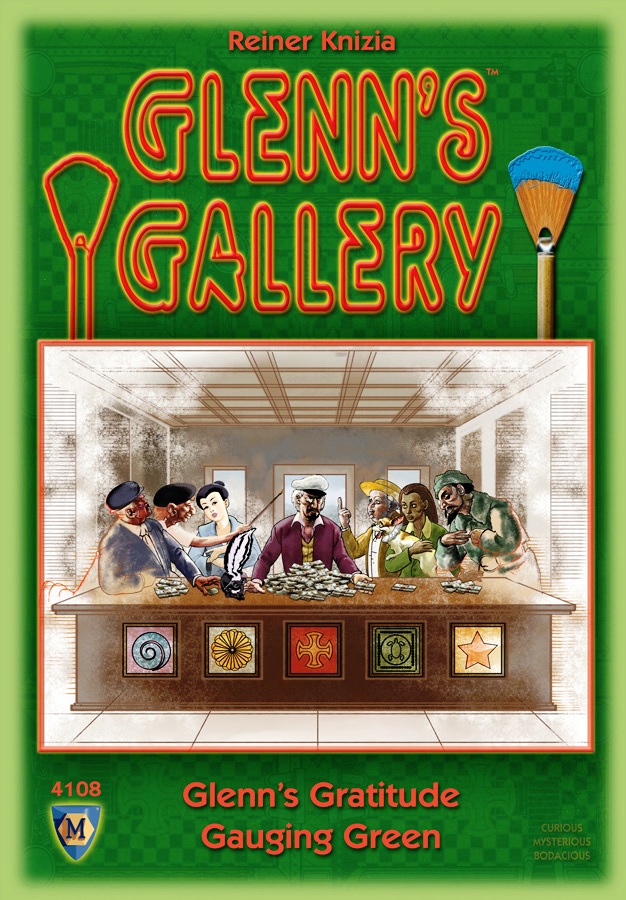