Down To The Wire Excitement

Ever had the feeling that doom is just one step away? In Forbidden Island, it pretty much always is. The island is constantly sinking at faster and faster rates, which means that every turn taken is a turn that counts.

I’ve heard Forbidden Island described as “Pandemic Lite.” While that’s a fairly accurate description from a game mechanics perspective, it’s also a wonderful co-op game in its own right. The fact that you are trying to collect treasures on a dangerous mythical island makes it an exciting adventure; it’s one thing to save the world, it’s another to grab treasure and cheat death in the process. And that’s what Forbidden Island is all about.

Bottom line: Forbidden Island offers a lot of game and a unique gaming experience for a pretty low price tag. I’ll have to try Forbidden Desert next and see which one I like better! 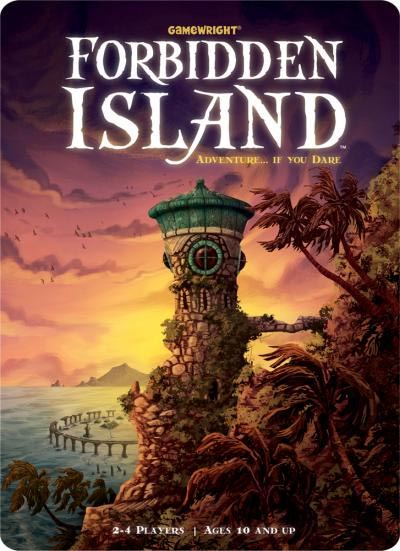