Silly Fun With a Creepy Edge

Do you like kittens? How about kittens that play with hand grenades and blow you up?

Exploding Kittens is basically Russian roulette in card form with a hilarious sense of silly humor. I was sold when I read that there was a card that allowed you to rub the belly of a ‘Pigacorn’ in order to see the future. Defusing exploding kittens with catnip sandwiches and laser pointers is another plus, but my personal favorite is feeding you opponent a “NOPE sandwich with extra NOPE sauce” to cancel out an action they just played.

Does any of that make any sense? Of course not. Welcome to Exploding Kittens.

Bottom line: Exploding Kittens is fun, make no mistake, but in a light and fluffy way. And let’s face it—sometimes you want a light fluffy game that is full of Tacocats and unicorn enchiladas. And when that hankering hits, it’s a good thing this game is there. 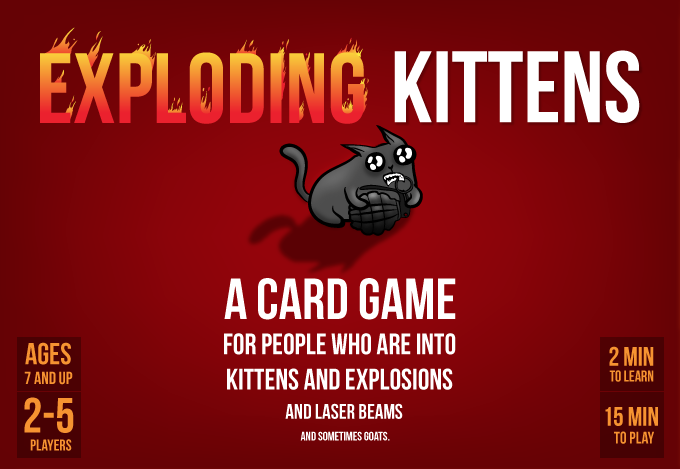