The Perfect Game for Gamer’s Kids

As of this writing I have three boys, all under the age of six. As a gamer Dad I love playing games with my kids, but most of the games I enjoy are over their heads. Sure, I could numb out to CandyLand or something equally inane, but why not try to find a game that is easy for them to play and yet deep enough to hold my attention?

Enter Coloretto. This little gem was the inspiration for Zooloretto (of 2007 Spiel des Jahres fame), and plays like a simplified version of its award-winning big brother. Each round you have a very simple choice  to either put a card out or take a row of one or more cards. But where it gets interesting is when you consider the results of your choice, especially when it comes to other players. If you make a particular row too lucrative your opponents may steal it from under your nose, but if you make it too unattractive you may end up getting stuck with it…

It’s simple enough (and the turns are fast enough) that my kids can play it without losing interest, but engaging enough to keep me entertained as well. And as a game snob of sorts, that’s saying something!

Bottom line: Coloretto’s easy choices and simple rules make it almost the perfect kids’ game, but it’s smart enough to keep adults entertained as well. Geek Dads and Moms, give this one a shot and let us know what you think! 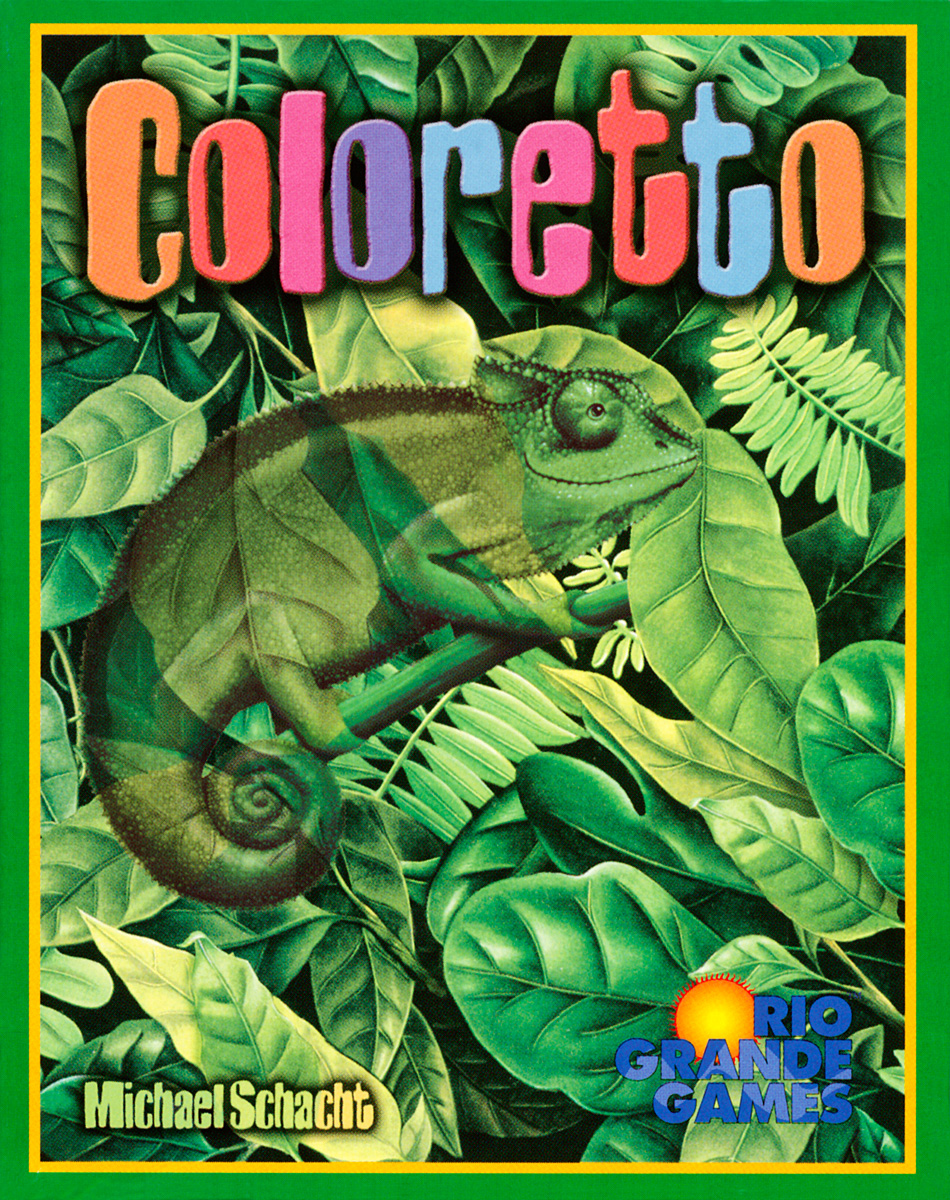